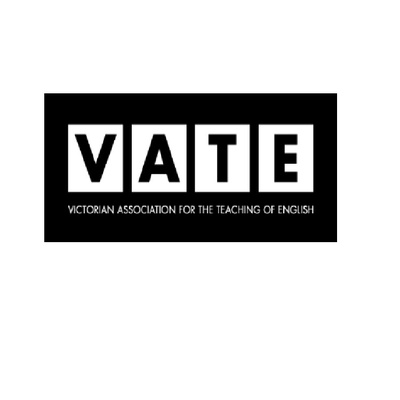 Event by Victorian Association for the Teaching of English

The VATE State Conference is going online this year! We value your participation in our annual conference and would like to let you know what is being planned. Please find information below about the theme and timeline. We're putting together a range of marketing opportunities and will get in touch with you soon to let you know the details. 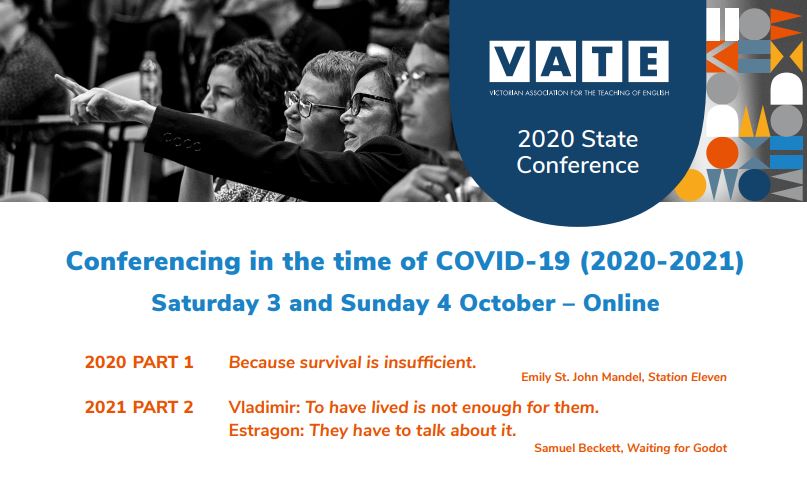 Our online 2020 conference derives its title from a VCE text, Station Eleven depicting a world in which a pandemic has eradicated almost all of the world’s inhabitants and its ‘civilisation’. The Travelling Symphony brings music and Shakespeare to the few settlements remaining. The lead caravan bears the words Because survival is insufficient, a line from Star Trek.

Recently, London’s V and A Museum published a list of Pandemic Objects that have taken on a ‘new, potent meaning’ during lockdown. One of these objects is the balcony, ostensibly a means of expressing solidarity, but which has become a powerful symbol of social inequity and entrenched class divisions, ironically underlining the fatuousness of the glib ‘we’re all in this together’. British writer Lynsey Hanley talks of the politicisation of space, arguing that ‘the lasting effects of coronavirus will only be seen … through the prisms of social class, economic disadvantage and the ways our environment can work against us’.

Education can also be seen as a Pandemic Object, endowed with ‘a new, potent meaning’, representing opportunity for change, but also the danger of entrenching inequity. The Age points out that ‘While only 3 per cent of high-income households don’t have access to the internet, this increases to 33 per cent among the lowest income households and presents a major barrier and risk for children who are learning remotely.’


VATE’s decision to fuse our 2020 and 2021 State Conferences is emblematic of the shift in our world and in our consciousnesses which has been forced on us in recent times. Our 2020 theme, Because survival is insufficient, invites us to engage in a conversation, to contemplate what gives value to our lives, not least to our lives as English educators. Remote learning, increased reliance on technology, deprivation of face to face encounters with students and colleagues have wrought changes, many of which will be permanent, as well as offering unprecedented opportunities for change

What do we bring out of COVID-19? Treasures, hard lessons learned, a ‘new normal’, a resetting of values, a sense of renewal? What is important is that we gain wisdom, that we consciously enact the old truism that teachers are always learning. The title, Because survival is insufficient, points perfectly to the idea that yes, while we as a society might eventually win the fight against deaths in custody and do better about keeping Indigenous Australians safe, that’s very much insufficient if we’re not also introducing our students to perspectives other than the same ones we’ve always taught. It is, as Bowie said, ‘time to leave the capsule if you dare’. We must dare.

Camus’ Dr. Rieux realises ‘that he should not be one of those who hold their peace, but should bear witness’. As Meyne Wyatt argues, ‘Silence is violence. Complacency is complicity’. Part 2 in 2021 can see us start to explore the results, realities, and success stories that come from attendees making some of those changes in schools. We have to talk about it.

During the lockdown, readers all over the world picked up books about plagues and dystopias, also revisiting ‘the canon’, perhaps a way of grappling with or avoiding a new reality which dislocates us from the familiar, isolates us and alienates us from what is familiar. At the same time, in the USA, a Black man was killed by a white man’s knee pressing on his neck. In Australia, Indigenous rock art was blown up by a mining company. The Guardian estimates that as of June 2020, there have been 437 Aboriginal deaths in police custody in Australia. COVID-19 has forced many into the positions of those who live in a permanent state of crisis, enabled by barriers of such things as racism, ableism, and sexism. We must all confront questions as to how we educate our students in a world which values some of its members less than others.

The opportunity we have as English teachers is to use the Black Lives Matter movement as a reminder that we should have been more proactive years ago. We can use this awareness to remind ourselves that many of our booklists often do not reflect the fullness of the human experience, that there is no excuse not to know about works of literature written by Black, Indigenous, or authors of colour. It is our responsibility to be actively anti-racist in our teaching of a subject that explores the most essential truths of existing as a person in the world.

In Station Eleven, a character has ‘Survival is insufficient’ tattooed on her arm. What metaphorical tattoos will we bear as emblems of ‘moments of beauty’ to sustain us, of what Julia Baird calls ‘phosphorescence’?